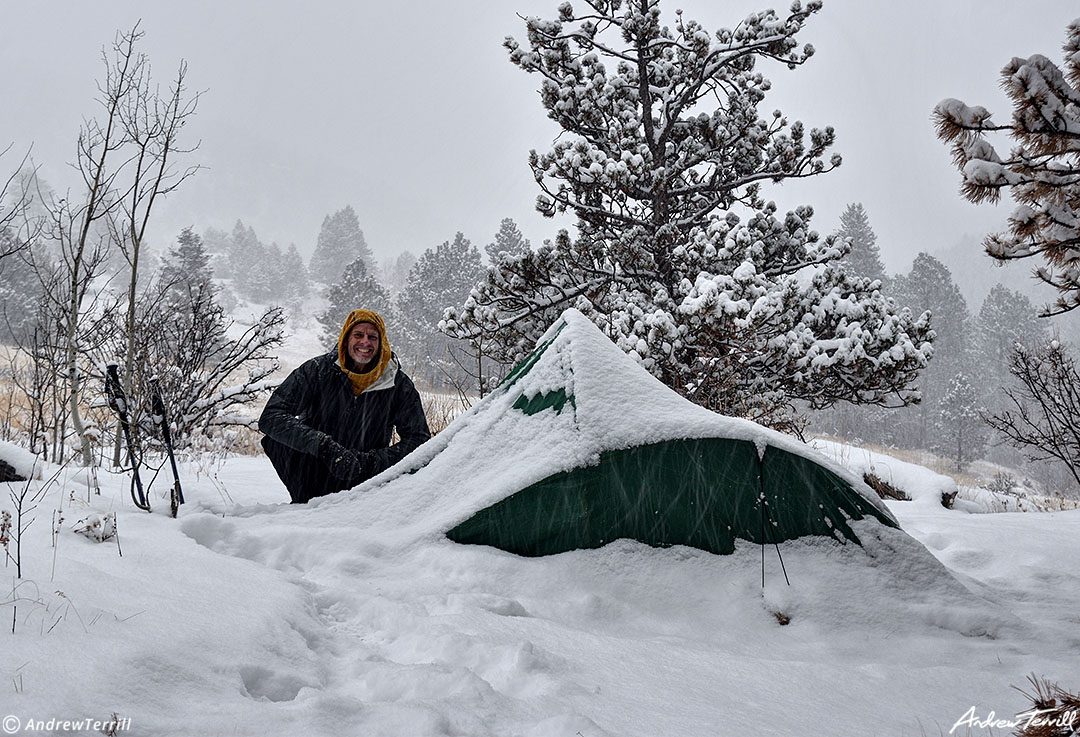 WINTER HAS FINALLY arrived in Colorado’s Front Range. And not before time. In truth, a day earlier would have been better.

You may have seen the news: the wind-fueled wild fires on December 30th that torched over 1,000 homes and businesses south of Boulder. I saw the smoke from my home twelve miles to the south, never guessing how bad things were. The winds were ferocious – powerful gusts that blew bins and branches down the street and tore a neighbour’s magnificent and much-loved blue spruce in two, nearly demolishing their home. We lost power for a while, but with the landscape tinder-dry it could have been so much worse. In the towns of Marshall, Superior and Louisville it was.

But for a spark, my home town could have gone the same way.

Twenty-fours later, snow was finally falling – the first significant winter storm of the season. In a typical year, we’d have had snow on and off since October, but this hasn’t been a typical year. For once, the locals who bemoan the cold and the snow were silent. Even they welcomed it. Four months of drought and unseasonable warmth were at an end. And hopefully for a long while. 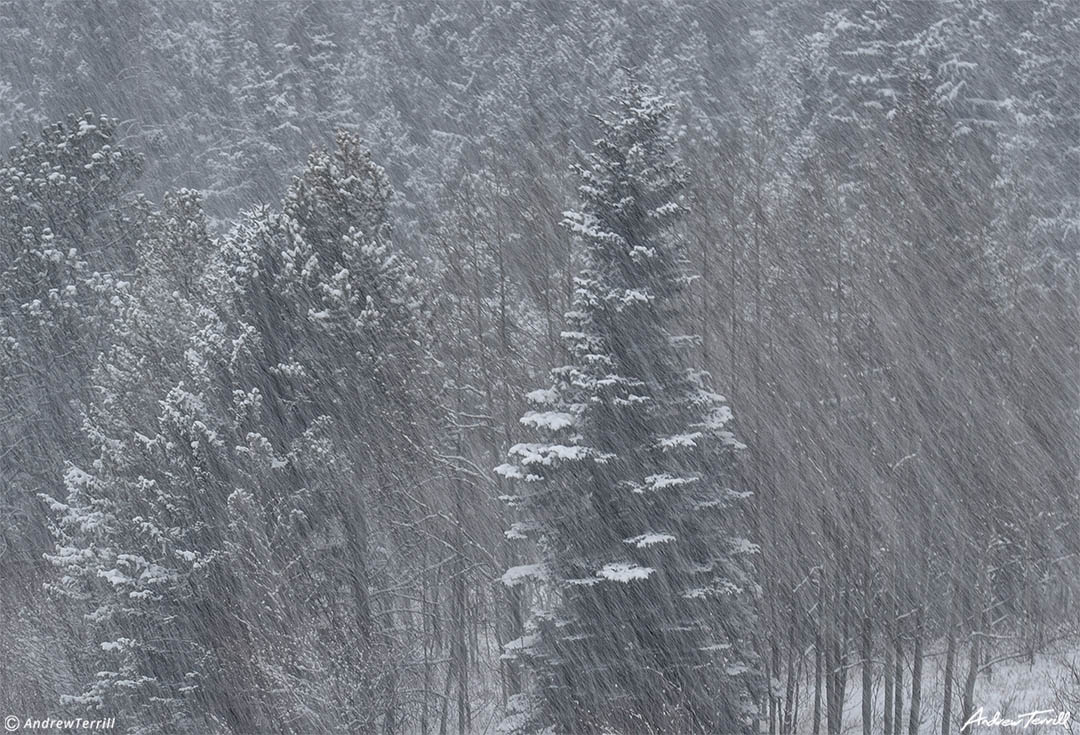 With the fire danger temporarily banished I decided to mark 2021’s end and 2022’s start with a night out. The forecast called for up to a foot of snow in the foothills and an overnight low of -2 Fahrenheit, -19 Celsius – a welcome change indeed. In truth, I’d enjoyed the long warm autumn, running over my local mountains in shorts, shirt often off, even on the winter solstice. The heat was what it was – and as I’d thought: I may as well enjoy it. The same attitude applied for the approaching cold. I may as well enjoy that, too! 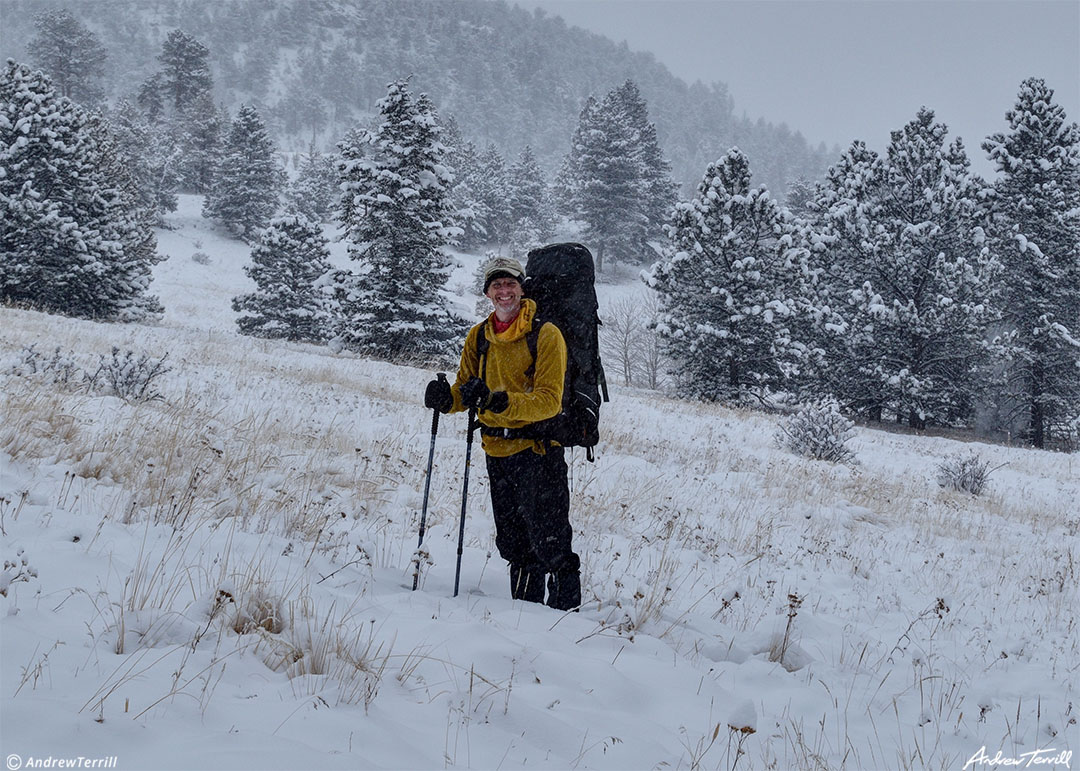 Snow was falling hard when I hiked into the foothills, the temperature was plummeting – and a glorious sense of peace descended with it. The last six or so weeks have been busy with family needs, defeating my attempt to successfully complete 2021’s ‘52 night quest’. The quest – to sleep out 52 times in the year – was ultimately missed by a full week’s-worth of nights. Failure! Not that it mattered. I enjoyed some memorable camps and bivvies, and failure only makes future success even more meaningful. And so, the ‘52 night quest’ began again. Take two. For a 52-year old backpacker, achieving the quest this year would be perfect. 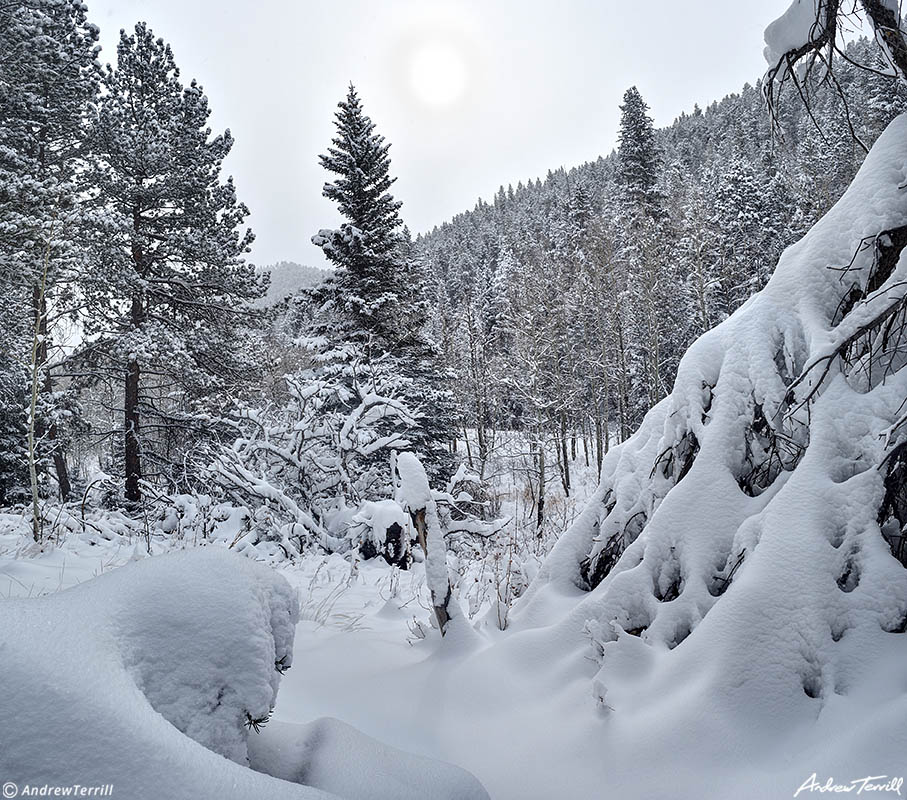 Waking up in a tent on new Year’s Day with snow swirling, the wind blowing, and wild nature stretching in every direction made for a perfect start. I even got ahead of the game with a second night out the following day, a tent-less bivvy closer to home. The frigid first camp was everything I’d hoped, but the fiery sunrise seen from the second night out surpassed anything I could have hoped for. The world turned red. It glowed.

I’ll take it as a good omen for the year ahead. With a little extra effort, perhaps the entire year will surpass expectations!

I hope your year does the same. 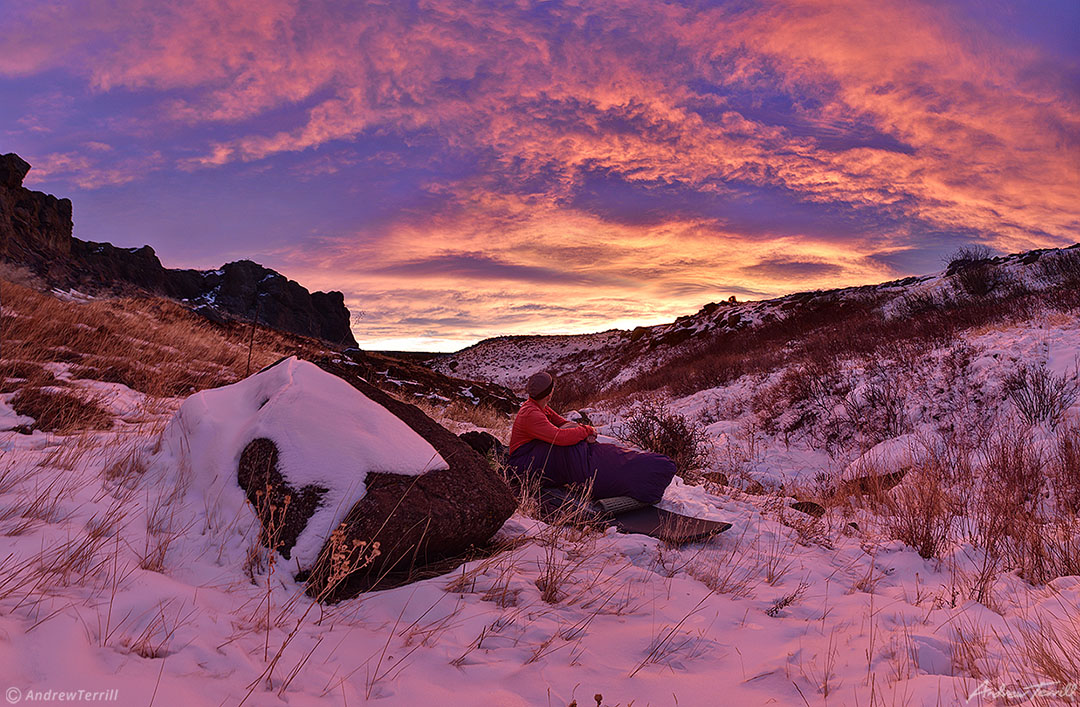