A Journey Worth Taking 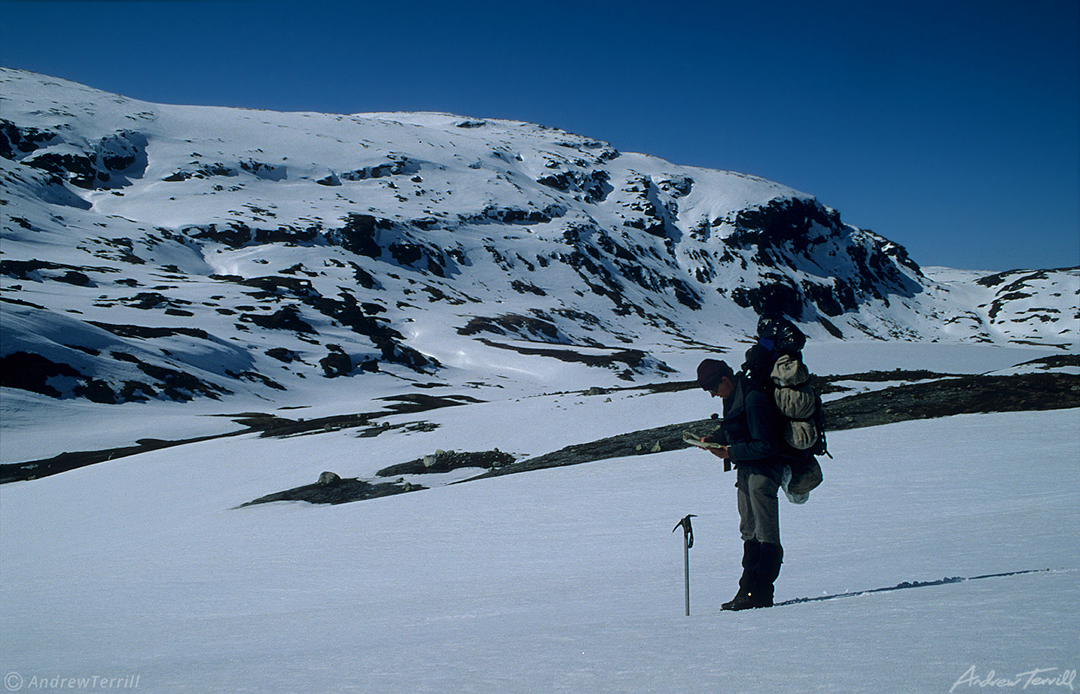 I’VE BEEN ON a journey. And what a journey it has been!

It’s been long, for one thing. And challenging. And full of unexpected twists and turns. It’s taken me to places I never expected to visit. It’s led to discoveries, to growth, to moments of joy. And goodness, but also to moments of frustration, doubt and anxiety.

And when I started, I didn’t even realize it was a journey. I just wanted to write a book!

The journey began, in one sense, the very second I finished my 7,000-mile walk across Europe. Or, perhaps it began years earlier. Or possibly even thousands of generations earlier! It began because of who we all are as humans: story tellers. You see, I believe that telling stories is one of the critical components of being human. Story telling is built into us – and it has made us what we are: social, supportive, adaptive, and progressive. We tell stories to share, teach and help; to justify ourselves and explain; to seek acknowledgment and connection; to learn, evolve and grow. And for many others reasons. For our survival itself. Without stories, we’d be a lesser species.

I’ve loved stories, and books, from an early age. And I’ve always enjoyed writing. But it wasn’t until I first stepped into the wild in my teens that I found a subject worth writing about. (Which seems crazy now, looking back – the world is overflowing with subjects worth writing about!) But back then, as a sheltered suburban youth, I knew little of the world, and the wild was the first place that truly caught my attention. In fact, it blew me away, took me beyond myself completely. It opened up an unsuspected world of possibility that I felt a strong urge share.

I first wrote a book about the wild in my early twenties, a compilation of stories about my early experiences in Britain’s hills and mountains. First Steps it was called, and it was something I felt compelled to write. I simply had to share the emotions that came while travelling through wild nature. Over a year and a half I labored with great focus and dedication, completed the manuscript, and began my search for a publisher. But the problem was, the book that I thought was finished was really only a first draft. (I had much to learn! And probably still do.) Publishers told me they really liked First Steps. But none of them actually wanted it.

Which I am very happy about now, re-reading my rambling, rough-edged prose. That first attempt definitely still needs work.

Years followed, and so did long walks into nature. And then longer walks. And then even longer walks. The need to write a book – and it really was a need – still consumed me, and once I finished my journey across Europe in 1998 I knew I finally had a perfect frame from which to hang the story I was desperate to tell. So I began… but then struggled, and floundered, not possessing the skills to do the story justice. The project ground to a halt. Instead of writing, I set out on yet another long journey, fell in love during it, moved from London to Colorado, married, became a parent, and, soon, living life was far more important than writing about it.

And they were great years!

But the urge to write never went away. Part of it was satisfied by the features I began writing for two magazines in Britain focused on mountain journeys – High Mountain Sports and The Great Outdoors. Between them, the magazines published over 80,000 of my words (and more than 400 photographs), and, slowly, through fighting to write the best features I could, I learned a few useful writing and thinking skills. (Learning to write is ALL about learning to think. At least, I think it is!)

In 2013, fifteen years after finishing my walk across Europe, I finally returned to the story I needed to tell – the story about travelling on foot through the continent’s hidden wild places. To tell it, I began a blog, and for half a year the writing went well. Readers signed up to follow my posts, commented with enthusiasm, and the words flowed. But then I floundered again. The work was unpaid, it took up so much time, and it took me away from my family and from nature. And so, once again, the project slowed, practically stopped, and living life to the full took precedence.

But this time the writing didn’t completely stop. It couldn’t. Deep down, I knew I had a story worth writing, even if I never found a publisher for it, even if only a handful of friends ever read it. Word-by-word, chapter-by-chapter, the story took shape, as did the themes within it; themes I’d never guessed would emerge. Soon, I wasn’t just writing about the extraordinary places I’d visited, or about a simple journey on foot, but also about a journey within, about a quest to find connection with nature, about a search to find meaning in life, about a voyage of discovery to find myself.

It was a whole ‘other’ journey; an unexpected journey. And perhaps the most rewarding journey I’ve ever taken. Quite possibly, writing The Earth Beneath My Feet has been even more rewarding than the journey it describes. Like any big undertaking, the journey’s value and meaning is tied to the effort put into it. Given that it began in 1991 when I started writing First Steps, and that the effort since has been so great there is no way to measure it, the meaning is now off-the-charts! Imagine having a burning ambition for three-decades, a life-long dream; imagine putting everything you have into it. And then imagine the growing sense of achievement as completion nears. The final days of any journey are quite something!

As I discovered, there was far more to the book-writing journey than I ever imagined. I wanted to tell an honest story to the best of my ability, and to do it I soon saw that I had to dig deep. I had to question everything. Nervously at first, and not finding it easy, I poked, probed and prodded, rummaging in the dark places we often keep hidden – among so-called negative emotions such as fear, and among the motivations for my thoughts and actions, many of them proud and selfish. But I dug because I needed the truth. It wasn’t always comfortable – in fact it was often deeply uncomfortable – but the exploration turned out to be worthwhile beyond measure. The digging led to real discoveries. To immense growth. From the book-writing-journey I finally found out who I really am – and it is an extraordinarily empowering knowledge that I would wish upon everyone.

There was far more to the journey than I anticipated on the practical side too, on the production side, on the writing craft side. I had to find my way without a map through the complexities of the publishing business. The trail towards creating a professional, properly-edited and formatted, polished and finished book – a book that other people would actually want to read and own – has been steep and difficult. It has been a journey that, like the walk itself, has tested me in ways I never anticipated, educated me in ways I could never have imagined, and taken me to places I never knew existed. But only the most worthwhile journeys do that!

In eleven days I’ll reach journey’s end. June 1 – publication day! The funny thing is, I have no idea if the book will appeal to other people. I do know my beta readers enjoyed the early versions of it. And I do know that my editor, Alex Roddie (who reads a lot of books about mountain walks), thought it one of the best books on the subject he’s read in years. He even described some of the story telling as ‘masterful’! (Which I loved hearing, I’ll admit!) And I know that my proofing editor, Liz Jones, liked it too. ‘May I say,’ she wrote, ‘I thought the book was wonderful! I can’t wait to read the second part. I usually enjoy my work, but with this I was actually looking forward to sitting down and reading the next bit regardless of needing to finish the job. It’s a great story, an amazing achievement, and very well told.’

I know all of that, but I still don’t really know what other people will think. I don’t know if I’ll truly reach anyone, if the depths of the emotions that I felt twenty-four years ago have been successfully translated into words, if the simple pages within my book contain real power to transport my readers to the experience of walking through the wild for a year and a half.

And I don’t know if the book will sell, or if it will vanish without trace.

But the truly beautiful thing is: it doesn’t matter. Ultimately, sales are irrelevant. What my readers think is irrelevant. Like the journey that The Earth Beneath My Feet and On Sacred Ground describe, the journey to create the book hasn’t been about the destination.

Instead, it’s been about every singe step. And every one of them – and even every misstep – has been worthwhile. They’ve brought unimaginable, life-changing rewards.

So here’s what I think: everyone should write a book. It is a journey well-worth taking. 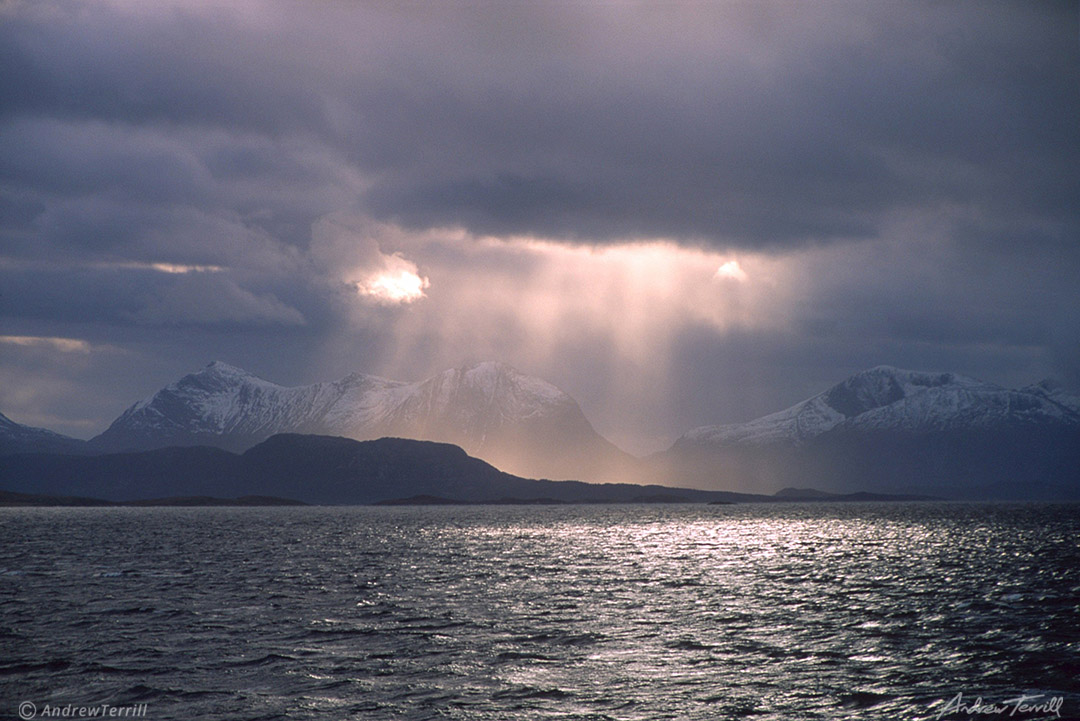 PrevPreviousThe ‘Other’ Italy
NextNo lunar eclipse. But no complaints!Next
Scroll to Top