I FINALLY SHARED a mountain night with one of my offspring this last weekend. Pretty late in the year, but goodness was it worth the wait!

Then again, I’m no child psychologist. Maybe I’m missing something?

Either way, it’s an approach I’ve never wanted to take. 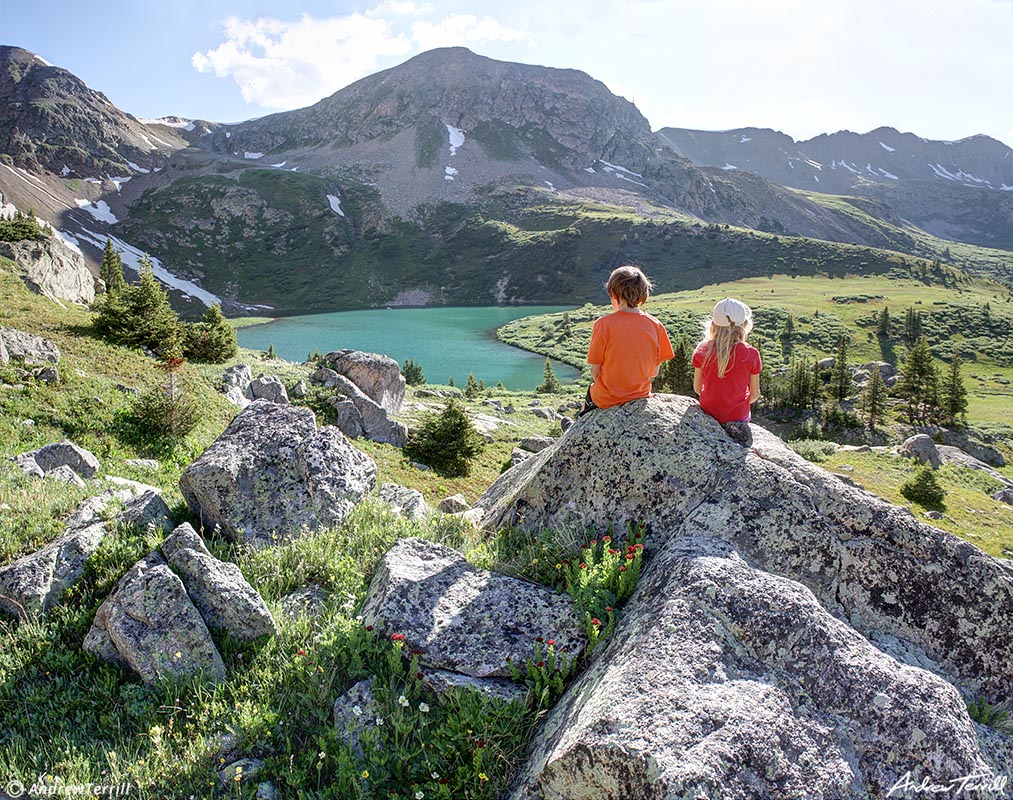 Both of my children camped a lot more when they were younger, when they were more willing to tag along without question. And I know they were benefiting from our walks and camps – I watched them engaging with nature with un-reserved un-bounded joy. But in recent years, as they’ve grown in independence and self-awareness, a certain reluctance has set in, especially with my youngest, my now 12-year old daughter. Three years ago she began a spider- and insect-phobia phase, and forcing her to camp was never going to work. And so I waited, confident she’d one day request another camp. Finally, last year, she did. Inspired by her love of pioneer times, and especially Laura Ingalls Wilder’s Little House on the Prairie books, we tramped into a local State Park. Once there, she was able to live out some of her pioneer fantasies, as well as engage with nature without truly noticing what she was doing. It was a joy to behold and share. 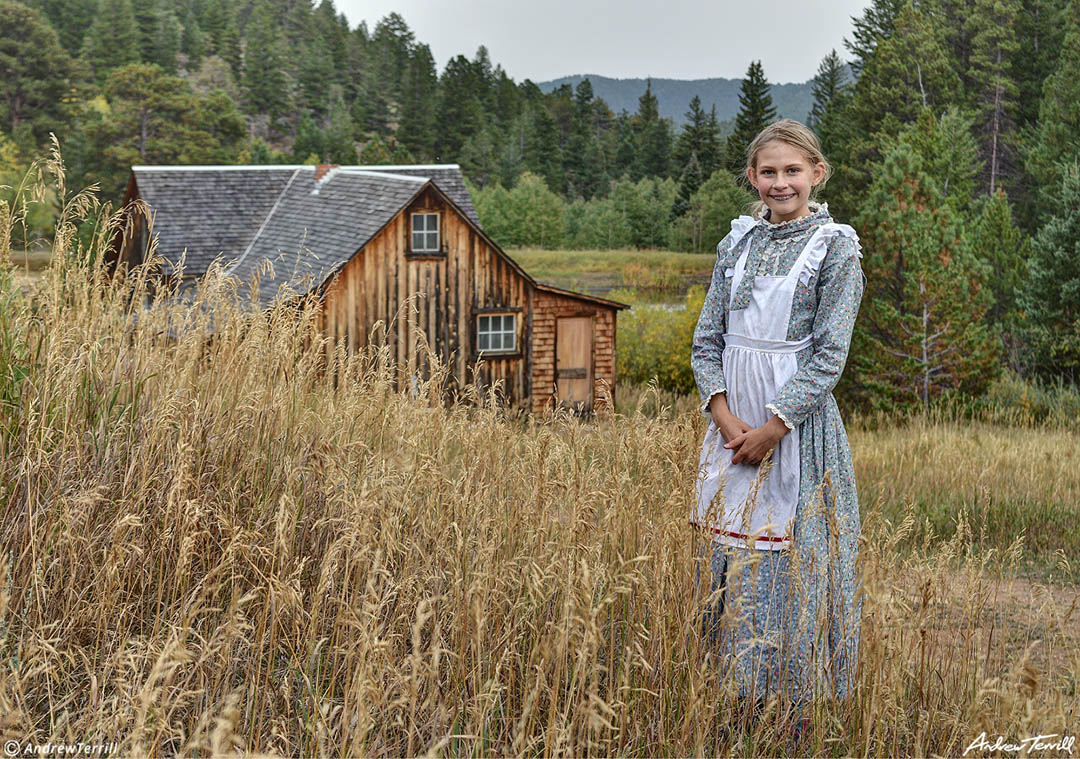 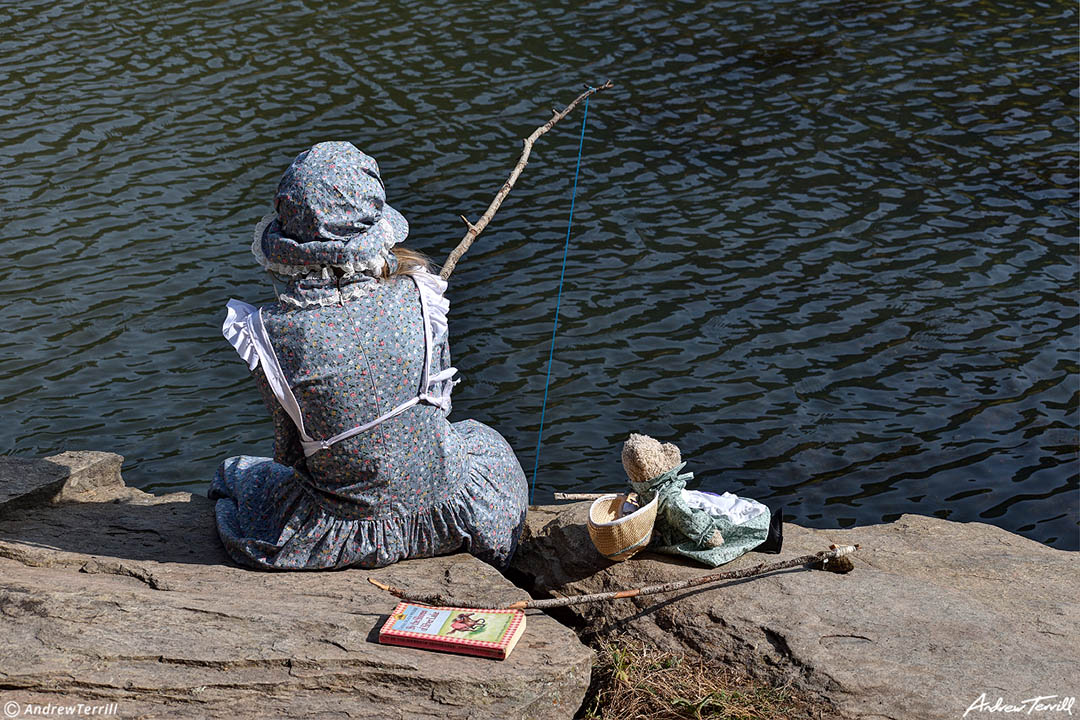 My oldest child, Riley, has always loved backpacking. In fact, we have a shared dream… and a plan: in two year’s time we’ll walk the 640-mile South-west Coast Path together. But in the last couple of years, with certain life challenges to overcome, getting the child out hasn’t been easy. I’ve offered camps, but the offers have been declined. But I’ve not made a big deal of it. Or given up.

And last week, wonderfully, I received a ‘Yes – I’d love to!’ response. And so away we went.

It was only one night, and we didn’t walk far. But it was a steep off-trail route, so it felt like an adventure. Although un-acclimatized to the altitude, and out of practice walking with a rucksack, Riley managed the trek better than well. The walk was completed with patience and optimism, there was no whining, no words of complaint – just good humor and appreciation. ‘It’s really lovely here,’ Riley observed, looking around at the rough emerald forest. 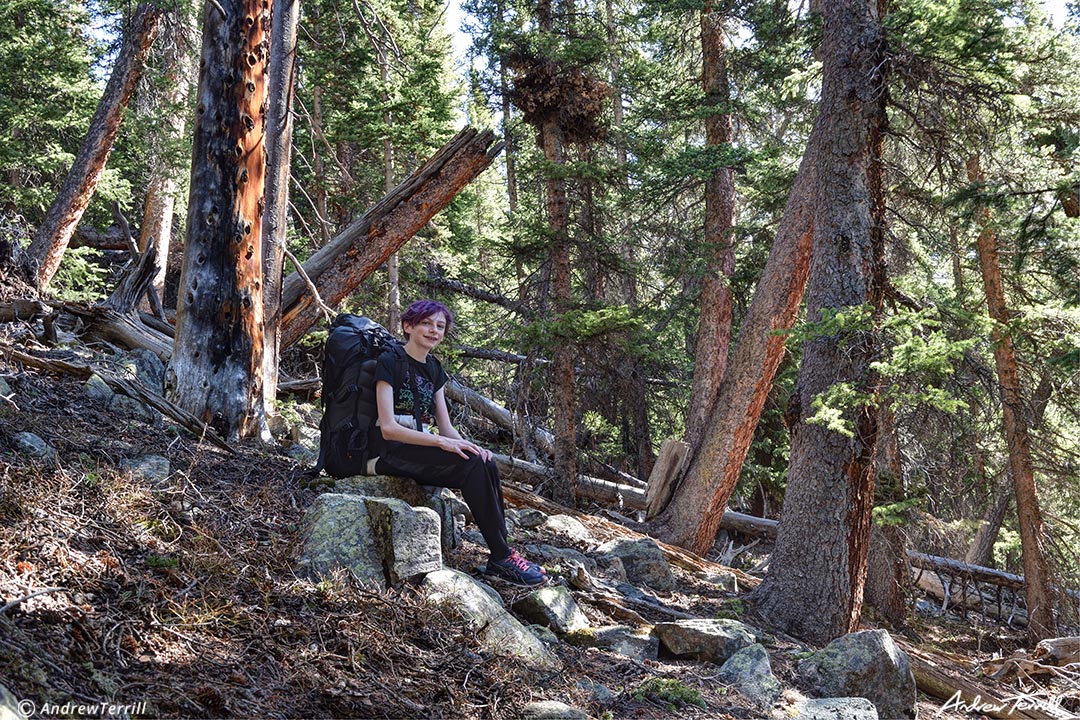 The outing grew even better when we reached camp. The magic of the untrammeled place sunk deep, the outside world faded away, and soon laughter became our main activity. You can hear it in the video HERE. To help with book sales, we made a stab at filming a video for my Amazon book page – but it was an abject failure. With Riley holding the phone, it was impossible to play it straight… and laughter consumed us. Manic, hysterical laughter.

But what a wonderful way to fail!

That night, we both slept well. The following morning was peaceful, companionable and, once again, laughter filled. The location itself created memories: the unusually strong scent of pine; the mountains being released from nine months of snow; the echoing birdsong in the woods… but it is the memory of companionship and laughter that will linger longest. That… and a beautiful, sweet moment that occurred at sunset.

As the day’s last light glowed on Mount Bierstadt, Riley complied when I requested we take a photo of us both looking at the view. I pressed the camera’s ten-second timer, dashed into place, sat beside Riley on a rock, and then, unexpectedly, my sweet and affectionate sixteen-year old put their arm around me and rested their purple-haired head on my shoulder.

It was a beautiful moment, and I abandoned the idea of disrupting it to take more photos. We sat on the rock for a long long while.