A MONTH AGO, on May 11, I set out for a short overnight trip. It was to become one of the most unforgettable ‘spring’ camps I’ve ever made. 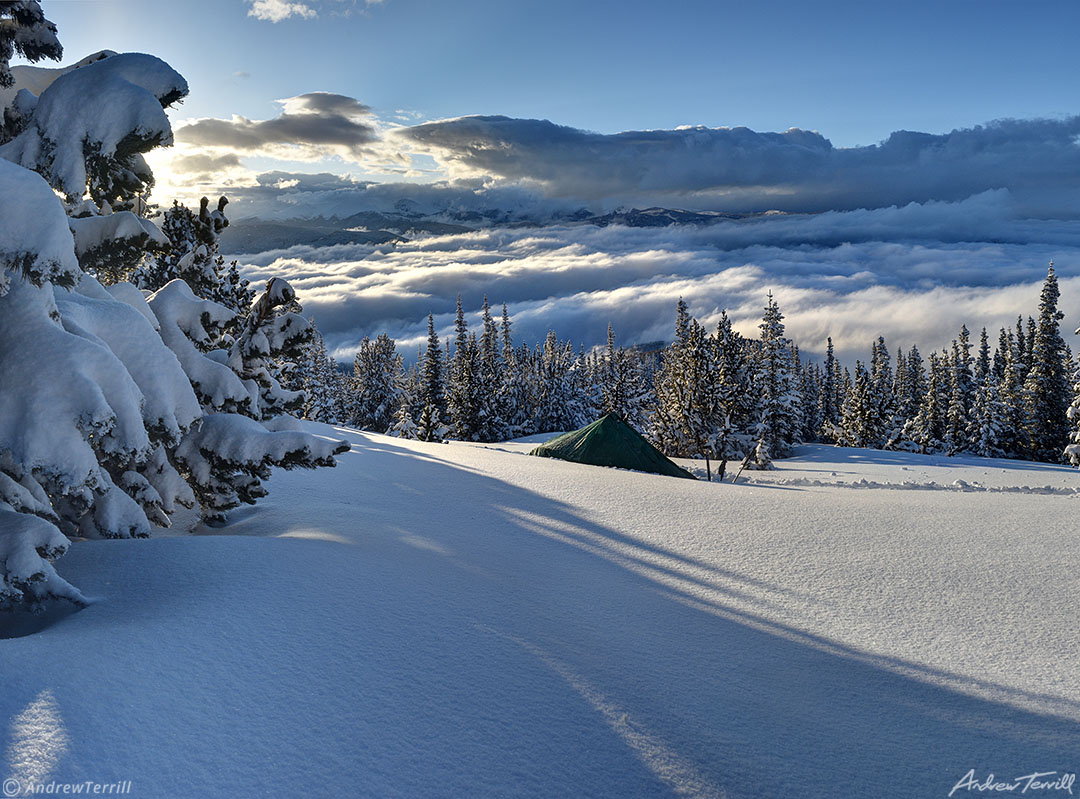 Conditions were cold and wet down in Golden, and up in the mountains snow was still piling up. In fact, the snowpack was as deep as it had been all winter. From a slow start it had reached 115% of normal. The forecast called for heavy afternoon and evening snow, possibly thunder, but then clearing clouds after midnight. Arguably, I should have stayed home – my book was nearing publication and I had so much still to do to prepare for it. And the lightning threat was intimidating. But the thought of being camped somewhere high at dawn as the skies cleared was hard to resist.

Plus, if a book about backpacking ever stopped me from actually backpacking, then there was something very very wrong!

So, away I wandered into a snow-bound realm at nearly 12,000-feet. And the extraordinary camp that followed proved I’d made the right choice.

For this blog, instead of writing a long description, I’ll let the photos do the talking. There are enough of them anyway!

I hope you enjoy! 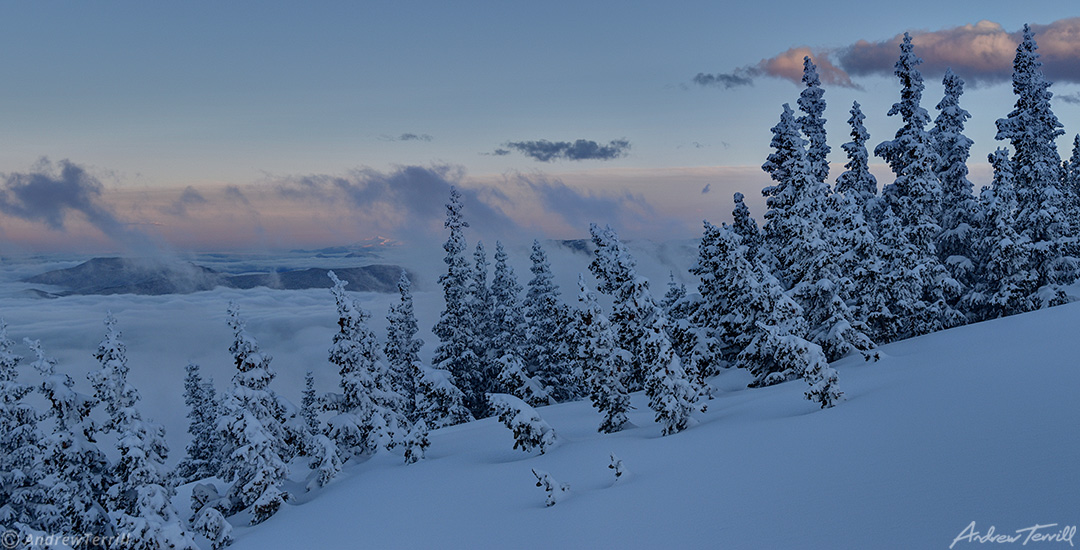 Once thing, however – I intend to remain vague about the location. The mountain where this camp took place is a fragile environment, with limited trailhead parking, and I would hate to be responsible for sending crowds to it. Too many places have been ruined by over-promotion, by photographers thoughtlessly sharing spectacular images that end up encouraging masses to trample a place to death. I’m a firm believer in ‘leave no trace’. Leaving a place as you found it, or better, is essential for the enjoyment of all visitors and – more importantly – for the sake of the land itself. But in my opinion, leave no trace should also extend to ‘leave no digital trace’ – to not damaging a place after it’s been left by sending thousands of other visitors to it.

Some people will figure out the location from the photos anyway. To you I’ll make a plea: PLEASE step carefully when you go. And please carefully consider how much you, personally, share places like this. There are plenty of locations where camps and hikes like this are possible… or were possible… because in many places such activities have now become restricted because too many people have gone, and too many of them have behaved with no respect for the land. In this instance, ‘where’ is less important than ‘when’ anyway. ‘When’ was at the tail end of a storm, in clearing conditions – conditions that happen more commonly than you might think. For moments of magic like this, timing is the key thing, not the specific location!