Out on September 1st: the hardback edition of The Earth Beneath My Feet. 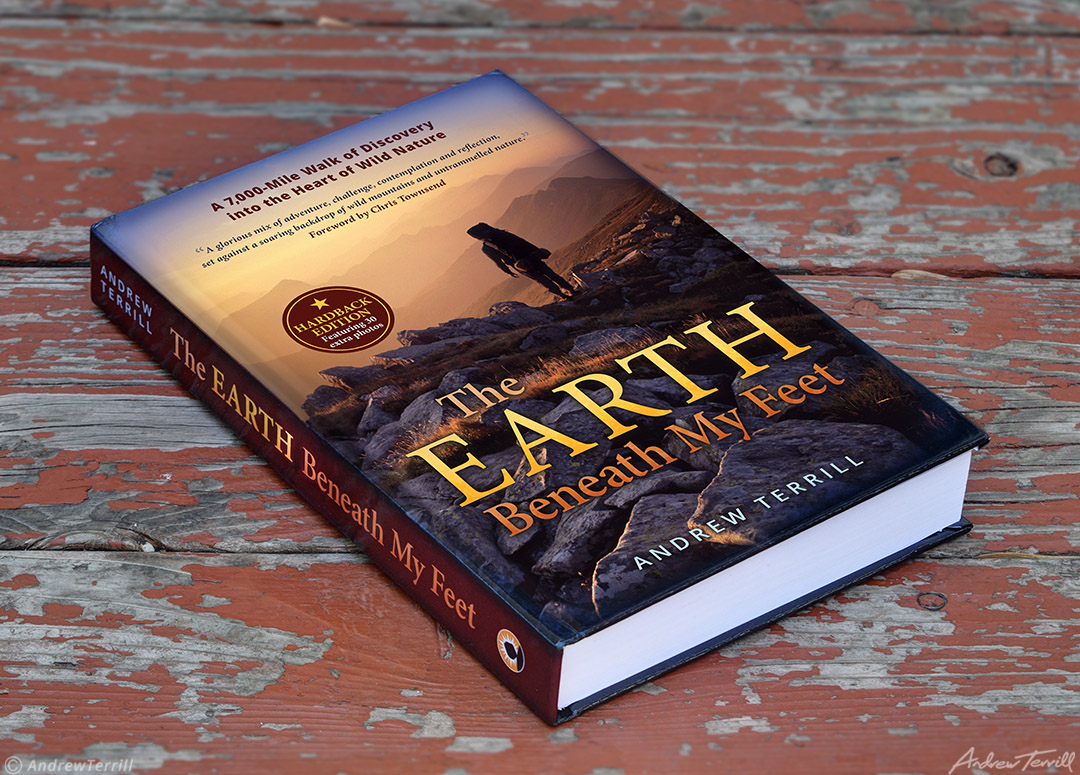 ON SEPTEMBER 1ST I’ll be releasing a new edition of The Earth Beneath My Feet – a hardback edition. The story inside hasn’t changed, but the book will contain a few extra elements. These include thirty additional photos, crisp white paper to help all the photos and maps stand out more clearly, and a foreword by a writer and backpacker who has been an inspiration to me my entire backpacking life: Chris Townsend.

I first heard of Chris back in November 1988. I was eighteen, away from home at college in Derby, and heading off by train to the Peak District National Park late on a Friday evening. I’d ‘discovered’ walking and backpacking a couple of months earlier, and the pastime had become pretty much all I could think about. When I wasn’t physically walking I was mentally walking – dreaming or reading about doing it. To be honest, I wasn’t paying an appropriate amount of attention to college work!

By chance, I’d stumbled upon a book that very afternoon that would become hugely influential: The Great Backpacking Adventure, by Chris Townsend. I began reading it on the train, and it captivated me from the start. Within it, the author recounted some astonishing journeys – mountain walks that grew ever longer, wilder and more adventurous each time. From beginnings along the Pennine Way, to the 3,100-mile Continental Divide Trail in the Rockies, Chris described a level of backpacking and a kind of experience I’d never imagined possible, and he did it with an understated passion for nature that totally won me over. 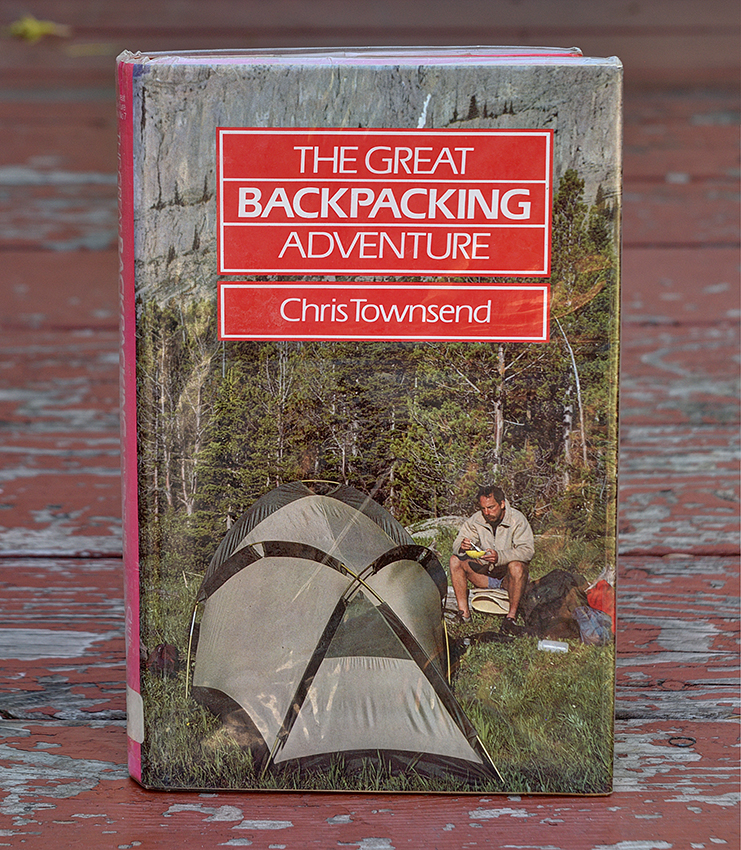 Back then, Derbyshire’s gentle limestone dales and dark gritstone moors were almost too wild for me to cope with. I never imagined that I would one day undertake big walks myself in wilder, far-away places the way Chris did, or that I would eventually leave London and live on the edge of the Rockies a short distance from some of the wilderness areas that Chris wrote about. And I certainly never imagined that I would one day meet Chris and share a few miles with him.

And yet, all these things came to pass. In August 2019, Chris returned to Colorado to re-walk a 500-mile section of the CDT. By then, I’d moved to Colorado, and I jumped at the opportunity to meet Chris, help him get to the start of his walk, and share a few miles and a couple of wild camps. It was quite something to meet a hero and, to be honest, I was more than a little star struck! But Chris made it easy. He was relaxed, friendly, thoughtful, easy to talk with, and thoroughly ‘normal’ – not at all a walking ‘superstar’ but in-person ‘just another walker’. Well, almost just another walker. As I discovered, he was more laidback than anyone else I’d ever walked with, and arguably more knowledgeable. Walking with Chris was emphatically not about rushing. It was quieter and gentler – an activity of deep appreciation. It was an approach to mountains that suited me well.

At the time of meeting Chris, The Earth Beneath My Feet was written but not yet published, and Chris was extremely supportive as we talked about it. Once the book was released he wrote two extremely kind and thoughtful reviews on his own blog: Chris Townsend Outdoors. (A blog well worth following!) To have someone of Chris’ experience – someone who has written so many inspirational outdoor books*, and has been on so many immense mountain journeys, and who has such a depth of knowledge on the wilderness and wilderness travel – review my book so favourably was an astonishing honour. It’s something I will always treasure.

When The Earth Beneath My Feet was published I didn’t have the option of producing a hardback version, but that has since changed. Because hardback books cost far more to print (and thus purchase) I wanted to add extra value to it – something ‘in addition’ to make it different and worth purchasing. To achieve this I spent a great deal of time scanning and carefully processing more slides, as well as re-processing many of the original photos, aiming to improve their clarity in print. I also decided to use bright white paper to help the photos stand out. And I asked Chris if he would be willing to pen a foreword for the book, to add another element to it. To my great joy he generously agreed.

I received my first proof copy of the hardback a week ago, and it was a wonderful moment. The quality was higher than the paperback, and the photos were far clearer. And Chris’ foreword made for a perfect introduction. From the moment I picked it up the hardback felt more substantial, more valuable. Hopefully, it’s a book readers will want to keep for years. Certainly, being a hardback, it will stand up to heavy use far better than the paperback.

I don’t imagine that many readers who have already bought the paperback will want an extra hardback copy, but it’s going to be great to have it as an extra option for new readers, to give them more choice. This feels appropriate. After all, choice was one of the journey’s key themes! (I still aim to increase the choice further in the future with an audio book. Watch this space!)

The hardback version of The Earth Beneath My Feet will be available next week – by September 1st, and when On Sacred Ground is published in another month (on October 1st) it, too, will have a hardback option, also containing extra photos. Choices!

I look forward to seeing what my readers choose!

* Among Chris Townsend’s many books are two that I’ve reviewed: Rattlesnakes and Bald Eagles (about his 1982 Pacific Crest Trail walk) reviewed HERE, and Along The Divide (about a fascinating walk along the wild Scottish watershed in 2015) reviewed on my blog, HERE. (Both books are well worth reading.) The Great Backpacking Adventure is out of print unfortunately, but many of his other books are still available. Visit ChrisTownsendOutoors.com for more details.