One Night, But So Much More

SINGLE NIGHT OUTINGS might not provide the immersive depth of multi-month trips, but then again… 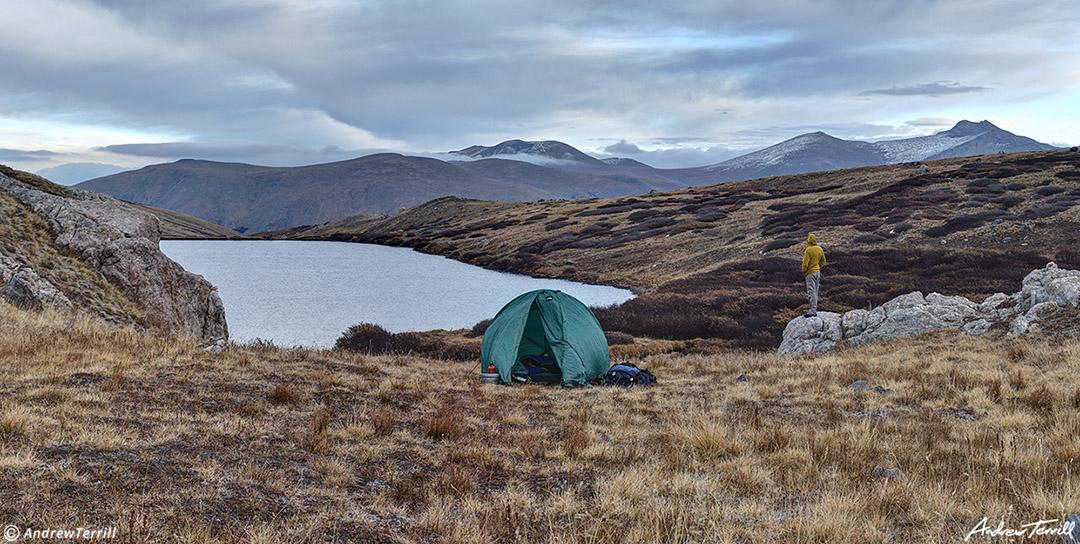 For various reasons – mostly because of the area’s well-known popularity – I’d never before walked to Colorado’s Front Range lakes of Silver Dollar or Murray Lake, despite them being so close to home. But finally a spur-of-the-moment decision changed that. Late-season crowds were descending as I hiked up. After the short two-mile walk I reached camp, and in rapidly cooling mid-October air I soon had the location to myself. In developing frost and flat light it felt slightly bleak. I had no idea at the rewards that lay a few minutes ahead. 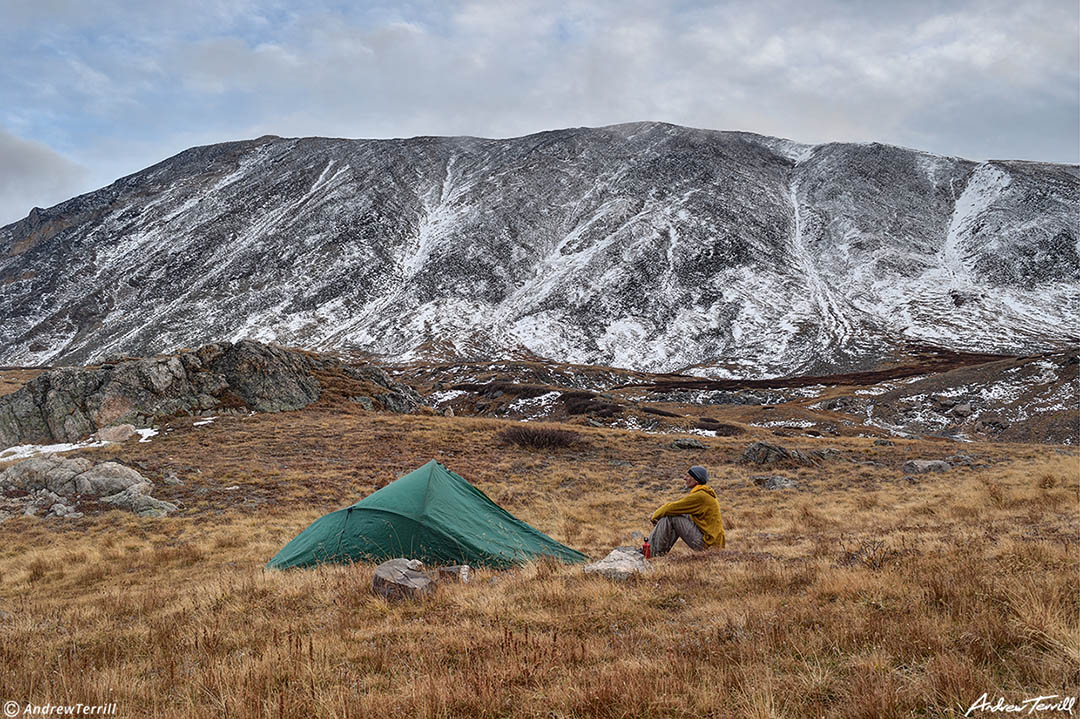 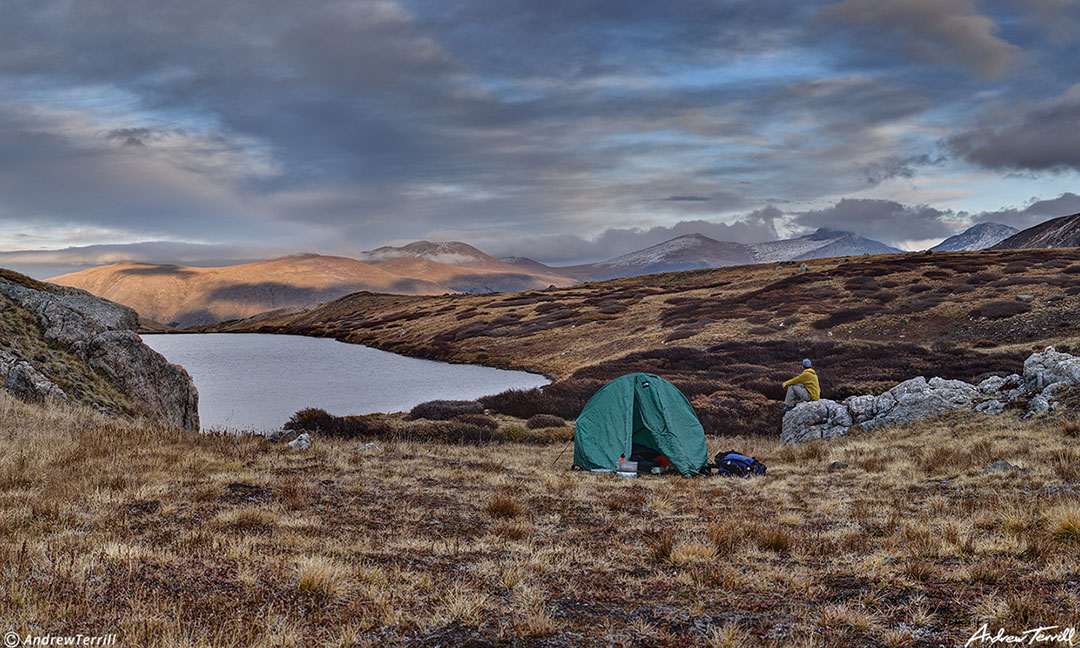 As sunset neared, the first burst of sunlight found a gap in the clouds, shinning on the slopes of Gray Wolf Mountain across the valley. 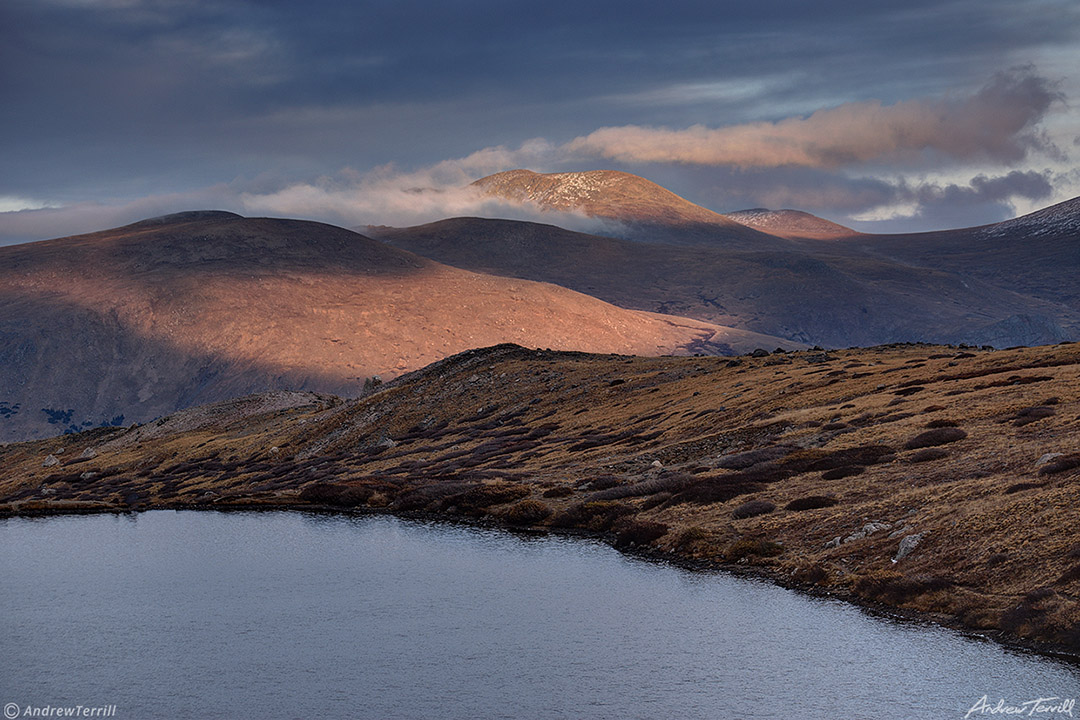 As the evening light grew in richness, so did ruffles of fog on the upper slopes… and the drama. 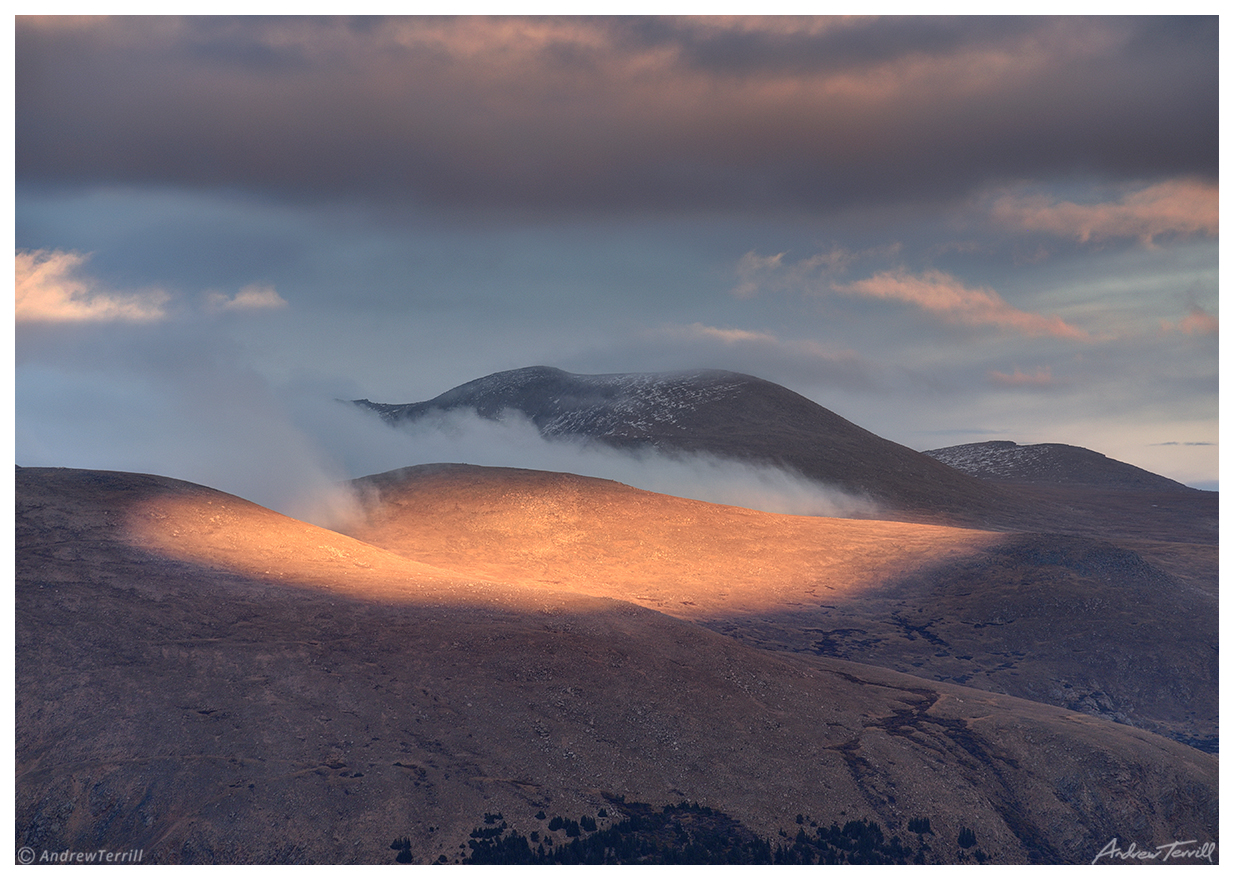 Gray Wolf Mountain, and a glowing spotlight of alpenglow. 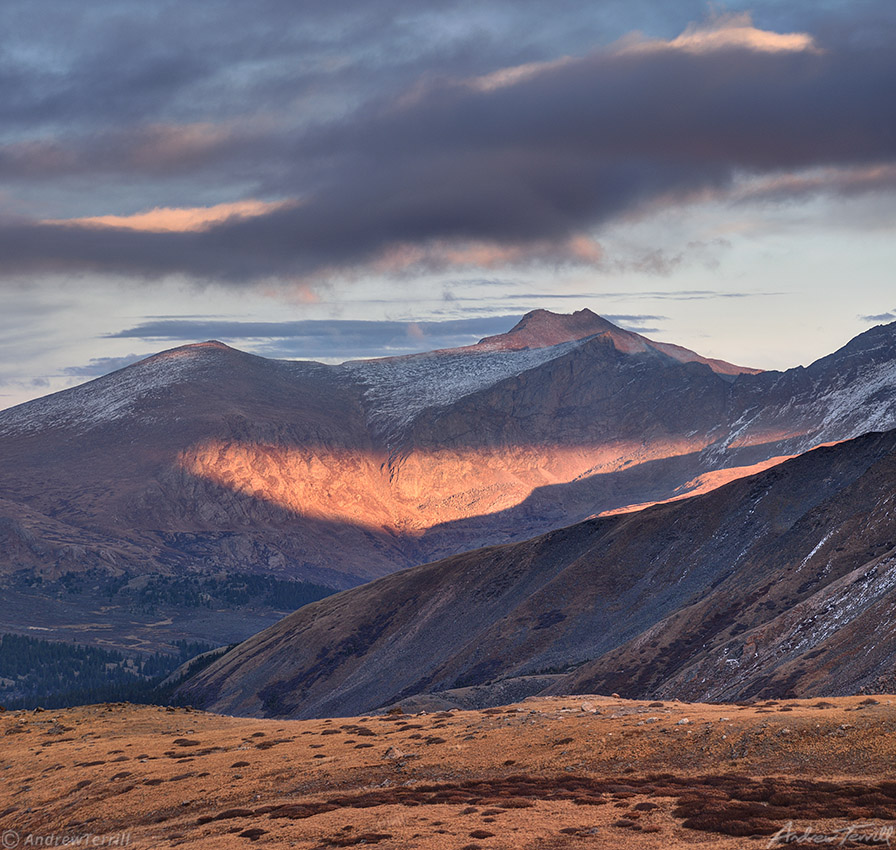 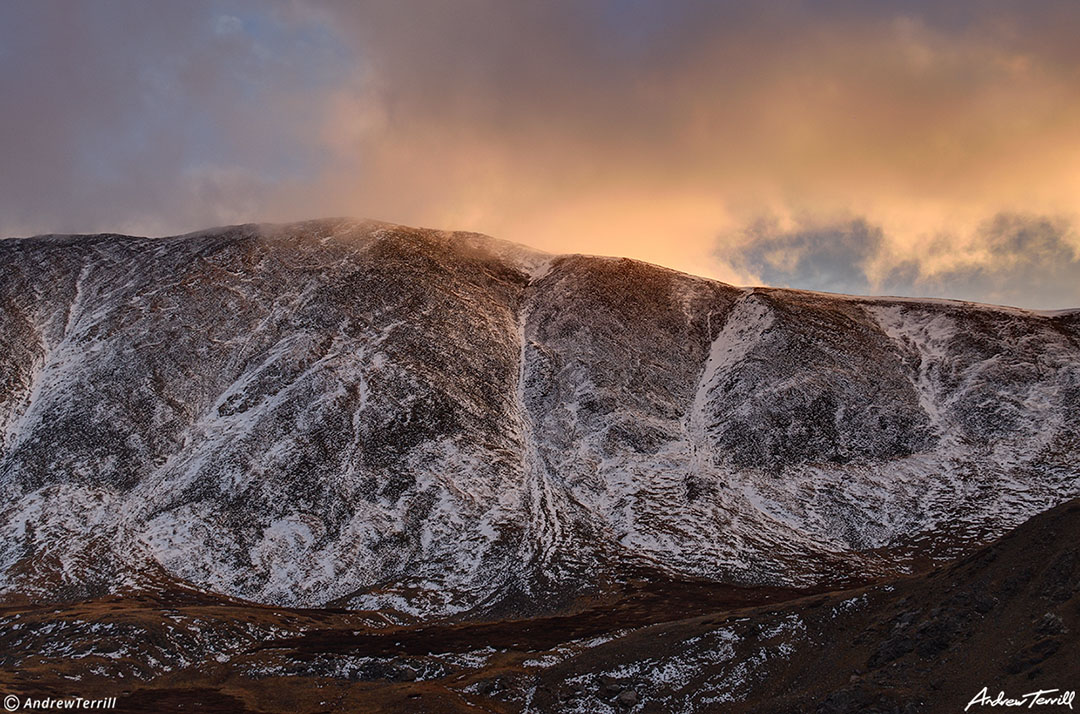 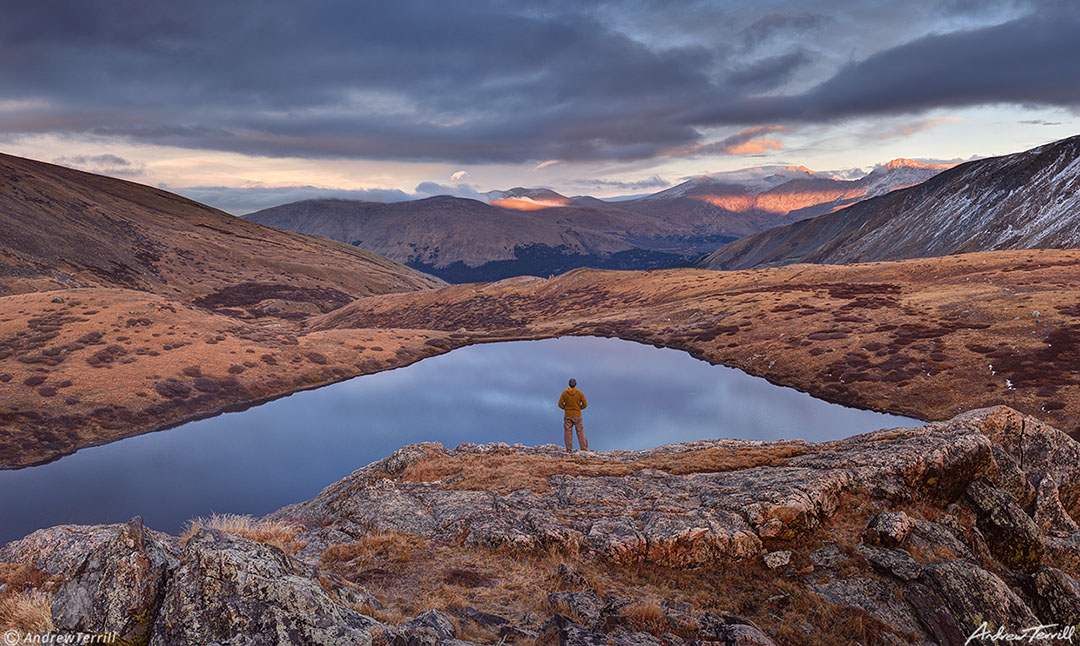 “A day without awe is a day wasted,” as I wrote in On Sacred Ground, paraphrasing that Chaplin fella who said it about laughter. Moments of awe may only last moments, but their impact can sustain for days, weeks, months and even years. 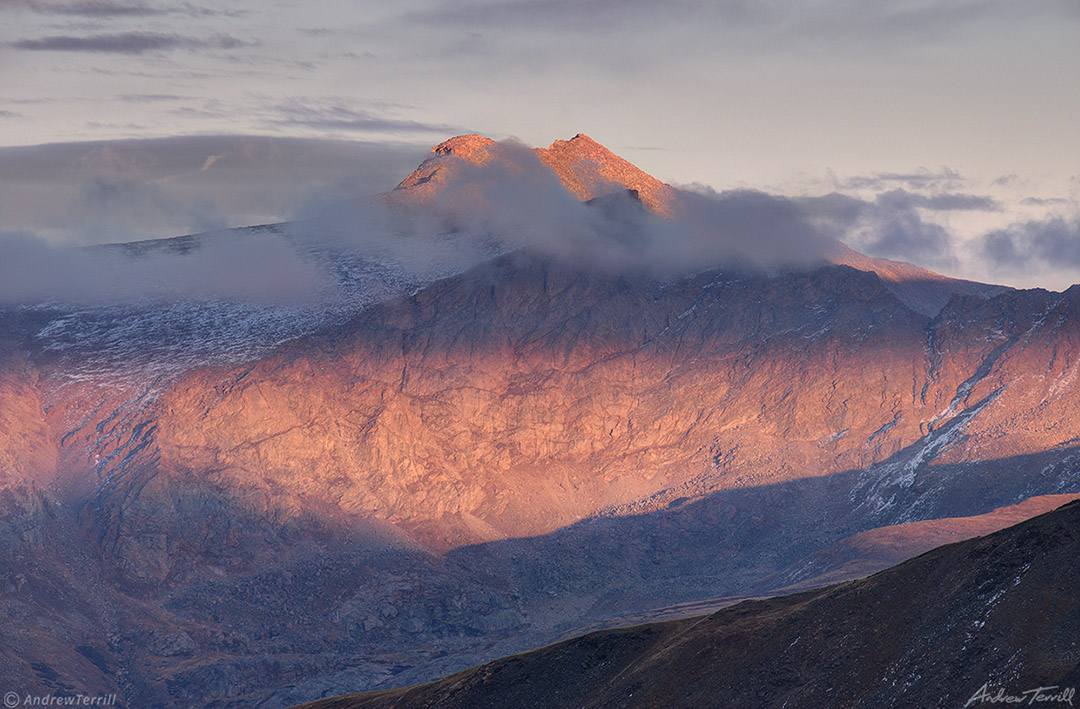 What had been bleak was now a gift to savour. 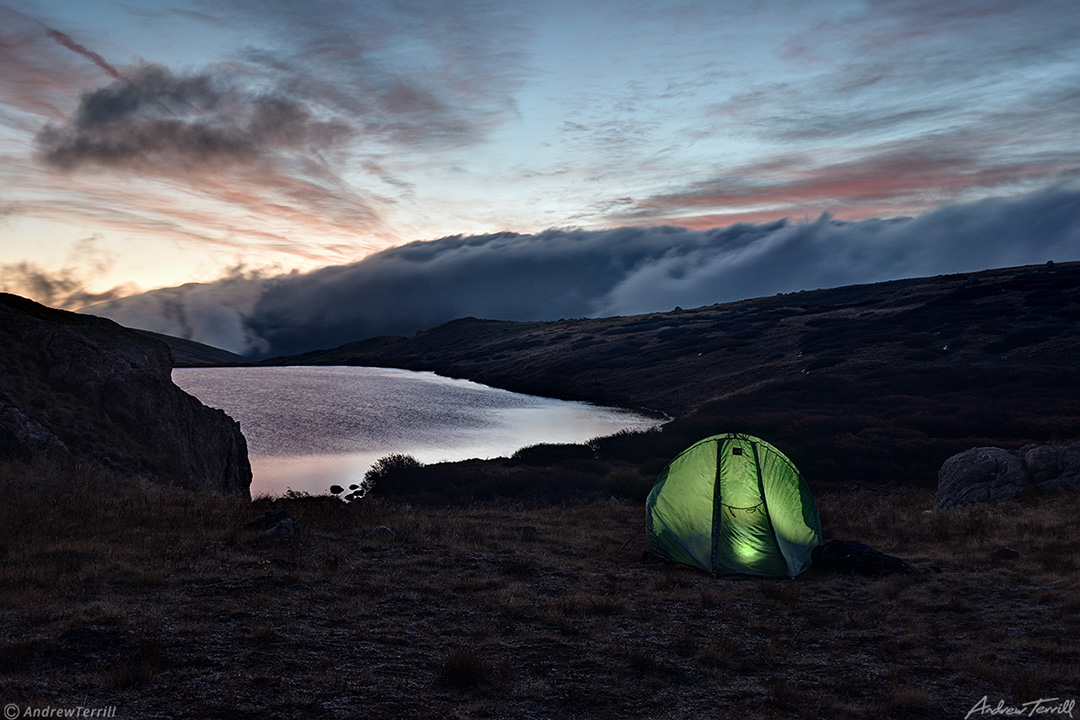 A wild night of strong winds and a hard frost finally gave way to first light. Clouds capped the hills, pouring over the upper slopes like water spilling into a basin. 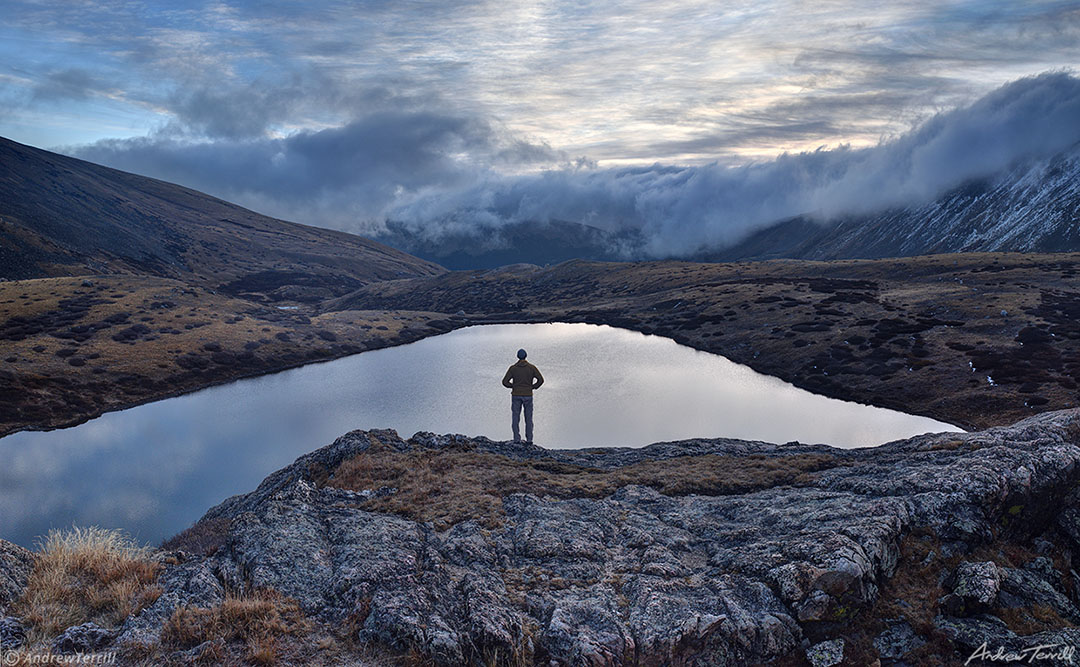 With dawn approaching, the wind finally dropped, the lake stilled. 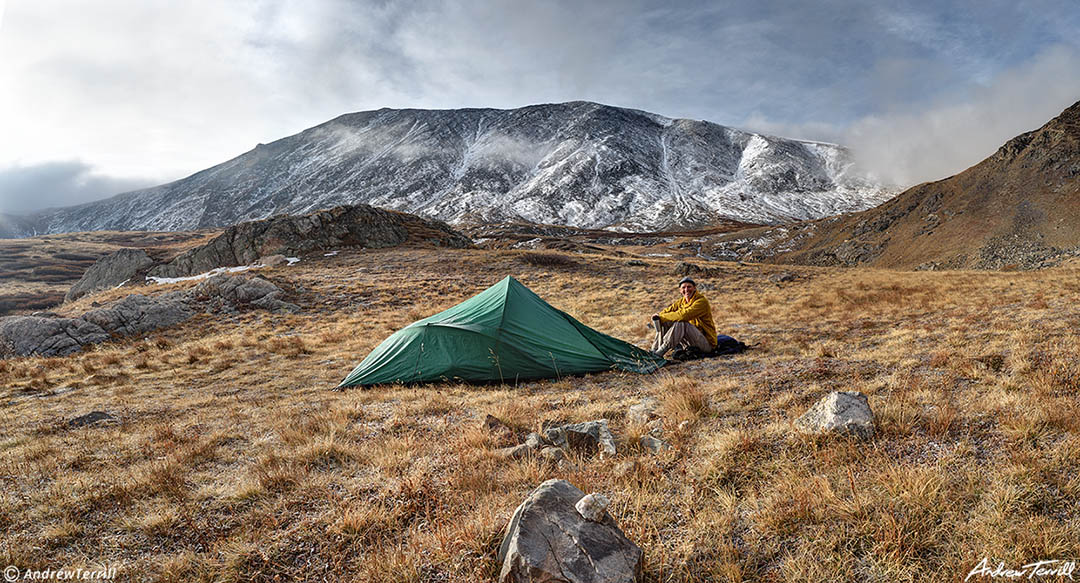 Sunlight took a while to hit, but soon it began banishing the frost. 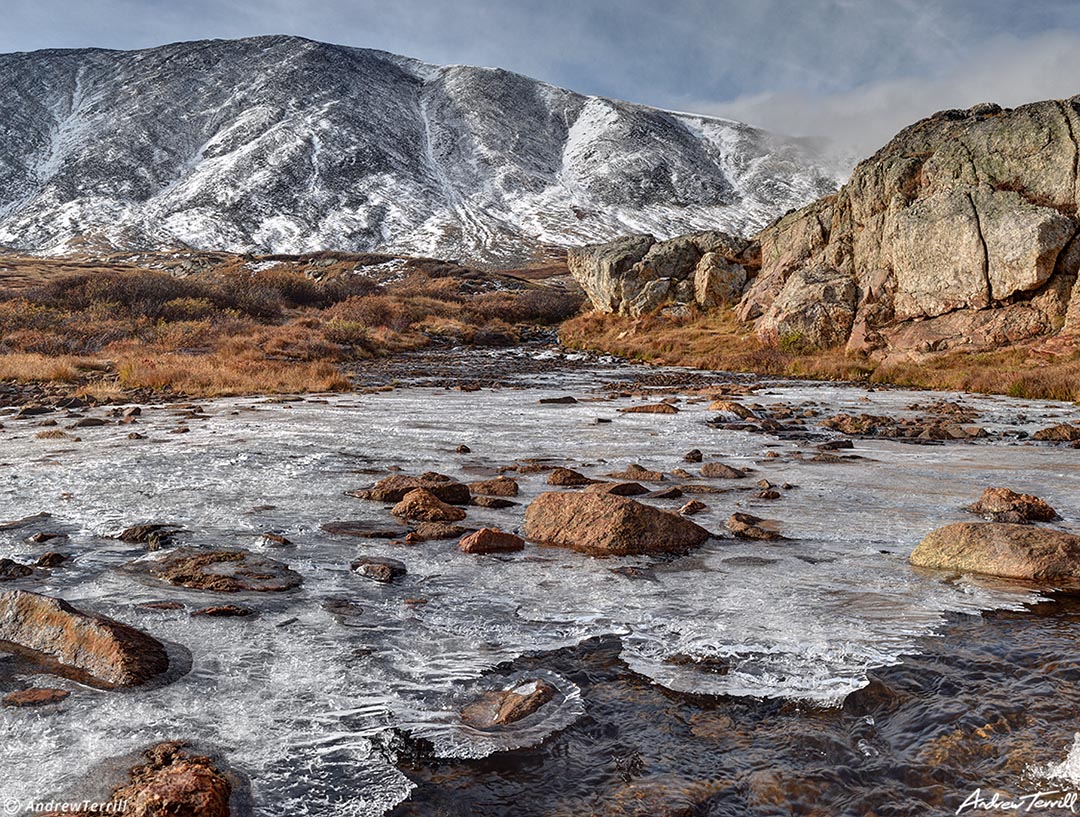 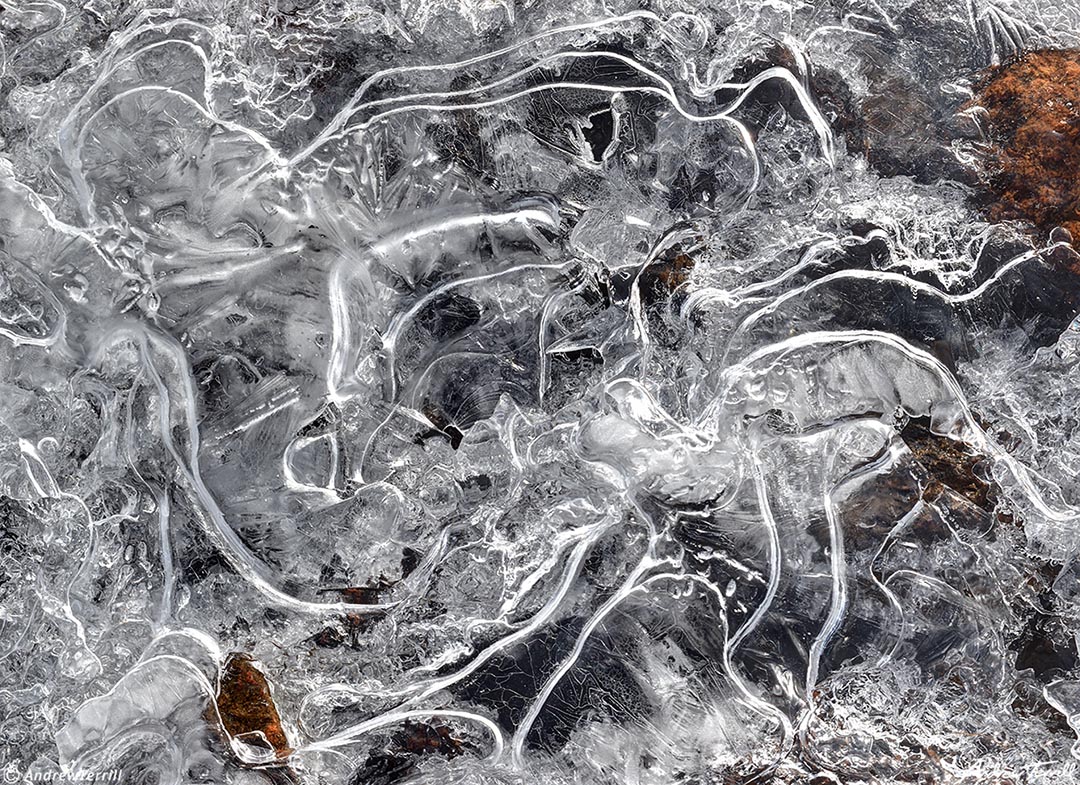 So many textures and swirls… 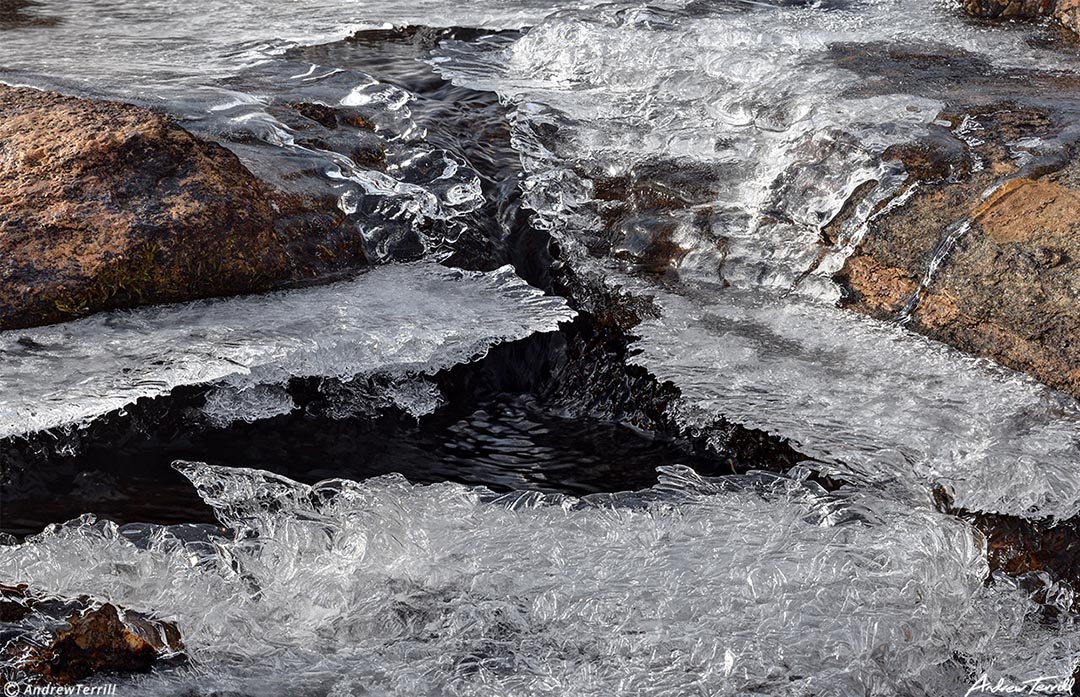 The creek had become a work of art. 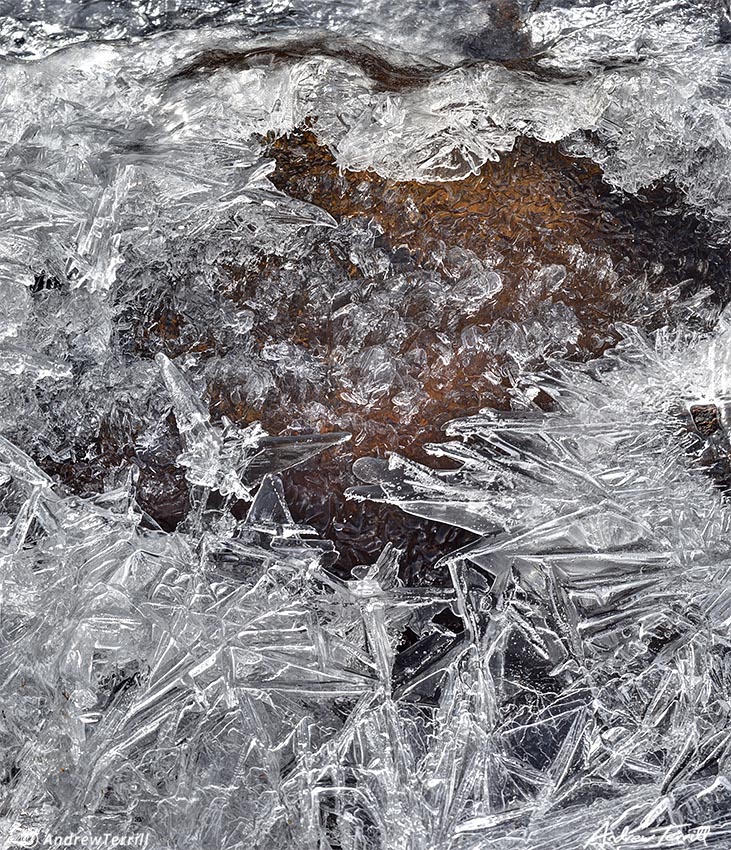 The extravagant beauty of water and the seasons in transition. 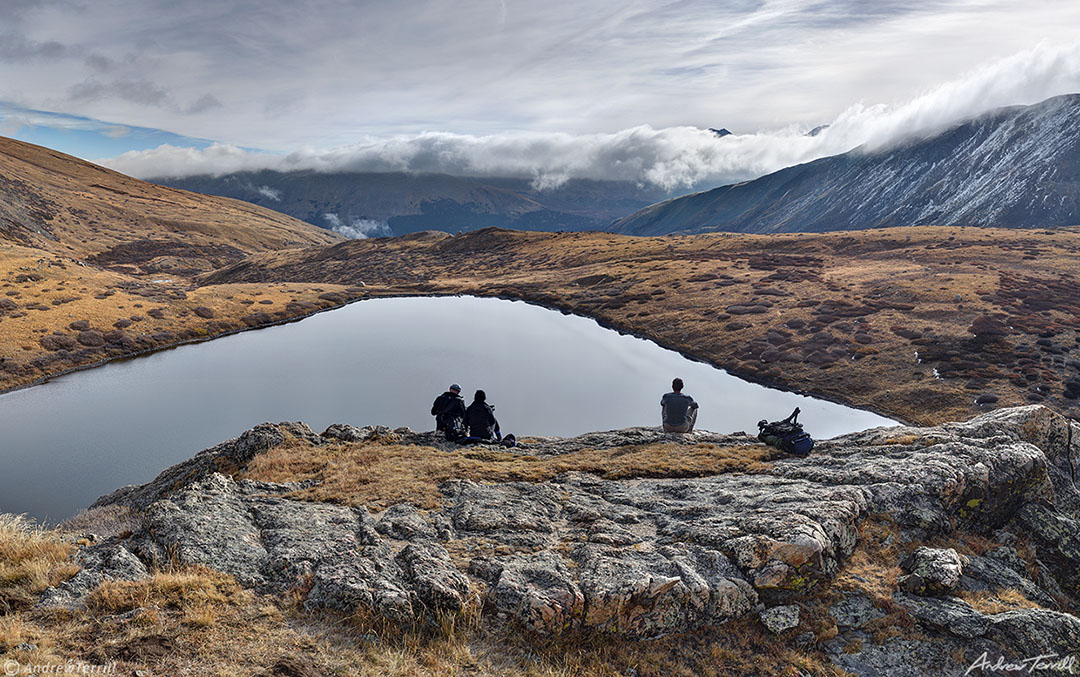 Eventually, the first of the day’s hikers arrived. It was wonderful to sit, talk and share the drama. And to discuss ‘that peak’ over there, and consider what it’s new name ‘should’ be… whether or not it should be named after human things, or perhaps instead after some intrinsic natural quality. 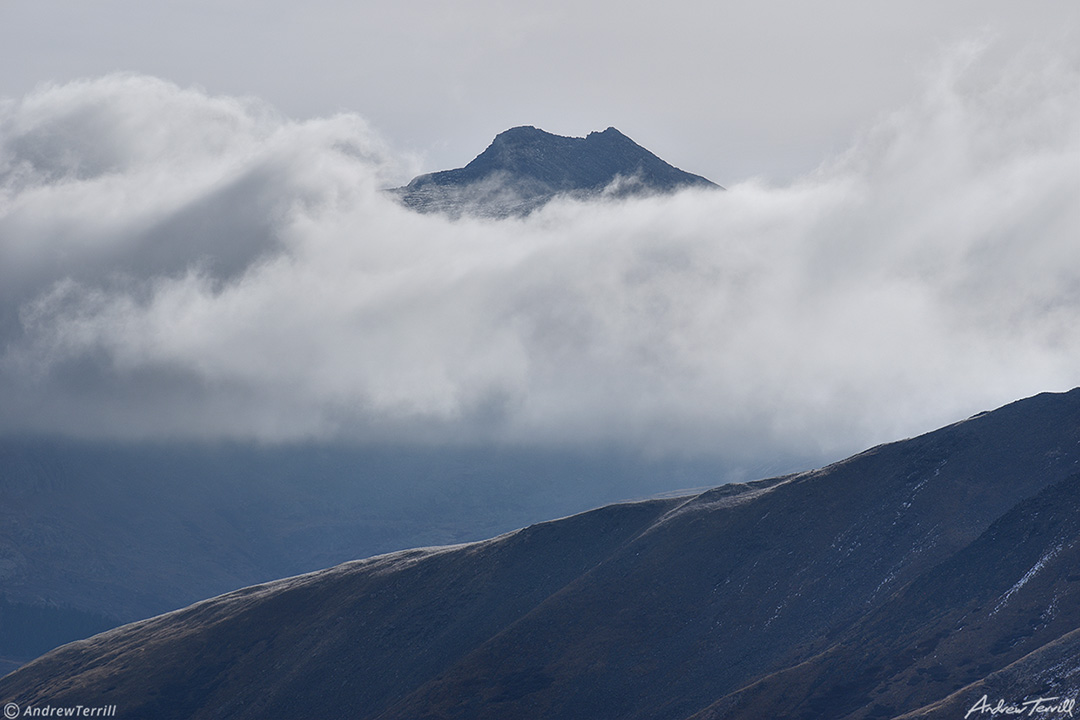 Wandering clouds beneath the summit ridge of Mount… Mount… I just can’t use the old name any more! I now know that Colorado’s second governor, after whom the peak is named, was arguably responsible for genocide. With knowledge comes the duty to use it. 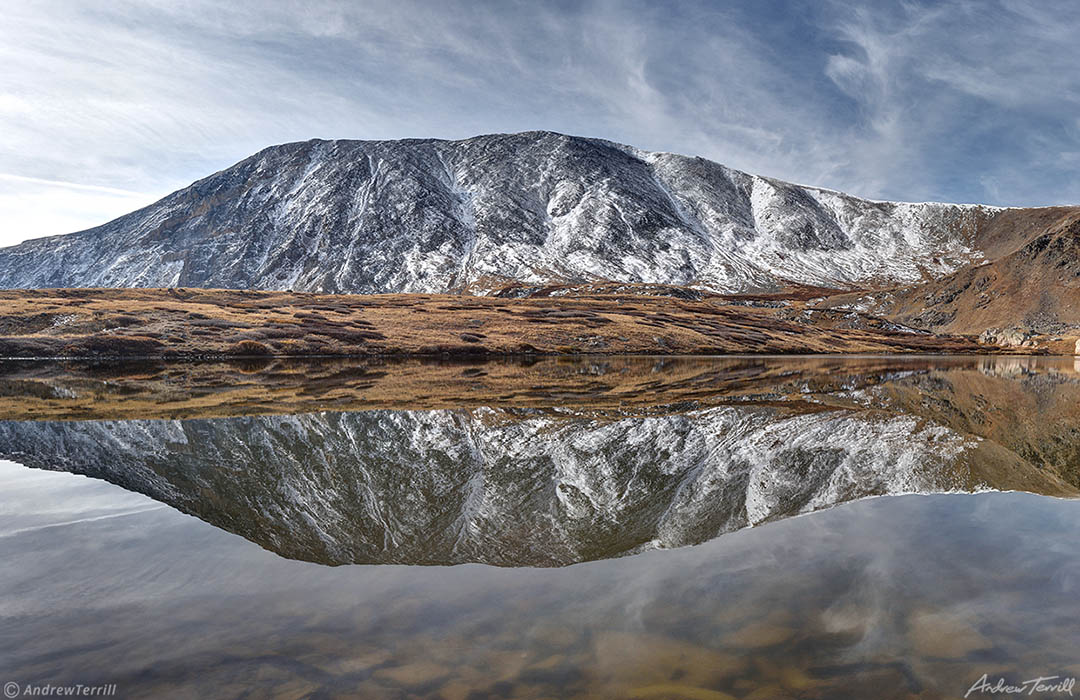 Not a breath of a breeze. 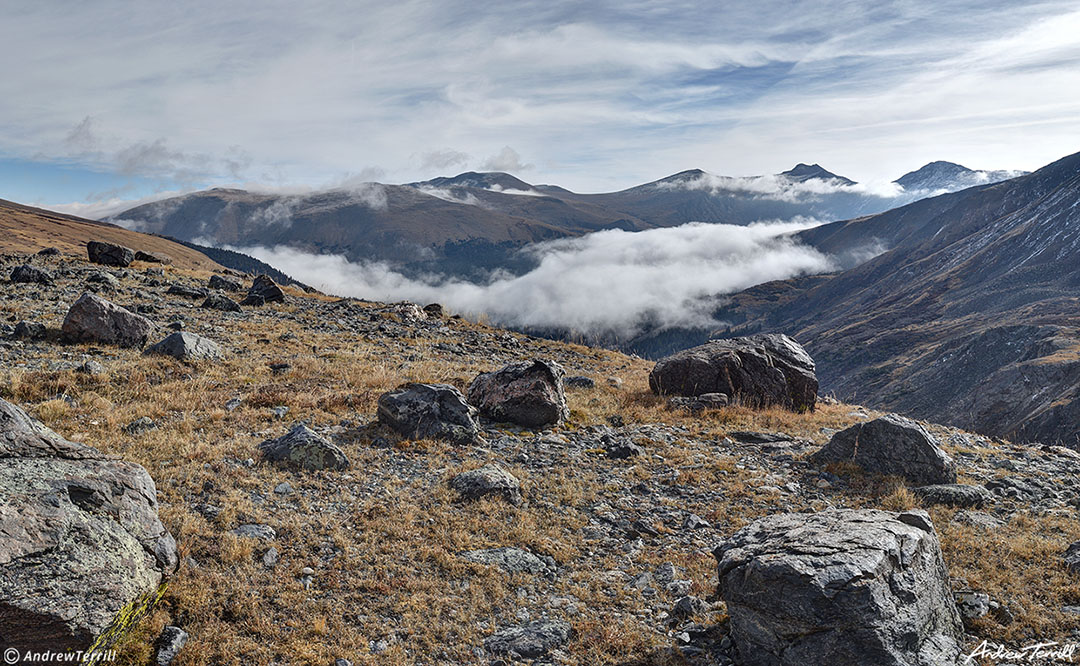 And away home I went. One night only, but one-night trips really do add up. The impact can be as profound as a 7,000-mile thru hike.

Or perhaps one needs to have lost oneself within an 18-month walk for single nights to become so powerfully sustaining?